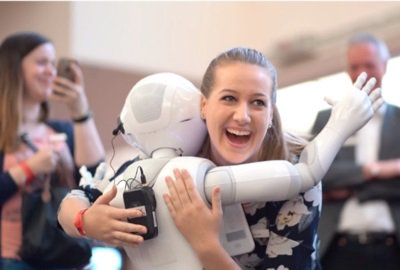 Holograms, robots, magic, music and art are among the surprises set to inspire and delight attendees at IMEX in Frankfurt, taking place 21- 23 May.

The show’s new Discovery Zone is packed with education and experiences to fire up the imagination of event planners and exhibitors alike. It’s designed to help them to question the conventional and explore fresh approaches to business events, with a strong emphasis on ‘experiential’.

Carina Bauer, CEO of the IMEX Group, explains: “There are some surprises in store for attendees this year! We don’t believe in ‘business as usual’ and are always evolving and looking for new and engaging ways to encourage innovation in the industry – our new Discovery Zone is the perfect way to do this.”

Many innovations at the Discovery Zone turn conventional thinking on its head. Think a piano is played using hands? Think again! ‘Mister Piano’ is a walking piano played using the feet and attendees can put their fancy footwork to the test to hit the right notes. Attendees can also go hands-on and tap into their inner artist at a painting party, craft their own bespoke luggage tags and even take part in fire-infused magic tricks. A talking robot, holographic show and 360degree photography booth are also among the engaging experiences this year.

Practical applications of event tech, diversity and a firm focus on future-thinking all form part of a packed program of sessions at The ZEUS Innovators Club. Attendees will also find the Inspiration Hub – the show’s learning powerhouse – in the Discovery Zone, with sessions covering hot topics such as sustainability and diversity to business skills and creative learning.

Fresh green grass and a swing

Prepare for sensory overload and explore the great outdoors while dining indoors at the show’s food court – this has been transformed into Central Park, complete with trees, grass and even a swing! Attendees can also kick back with table football, table tennis and other games for some purposeful rest and relaxation.

Carina Bauer continues: “We know our show delivers significant business benefit to buyers and exhibitors. We also know it’s important for them to have the time and space to experiment, discover new experiences and gather fuel for fresh, innovative ideas. Our new Discovery Zone is set to deliver a huge dose of creativity, with a few surprises along the way. Inspired by this year’s Imagination Talking Point, we asked….what if we wove more experiential and fun elements into the show? What if that translated into more business benefit for everyone attending?”

As well as exploring the new corners of the show, attendees can explore new corners of host city, Frankfurt, thanks to a new interactive accommodation booking map. The map on the IMEX website, powered by Stay 22, provides a simple and efficient overview of many of the independent accommodation options in and around the German city.

Some of the IMEX team took an extended day trip to Frankfurt earlier this year to sample hidden coffee shops, bars, museums and parks in the city. They share memories and tips here.

IMEX in Frankfurt takes place 21 -23 May 2019. Registration for the show is free of charge and open to all who work in the meetings, events and incentive travel industry. EduMonday, its pre-show day of learning and development, is on 20 May (no charge to attend) at Kap Europa next to Messe Frankfurt. 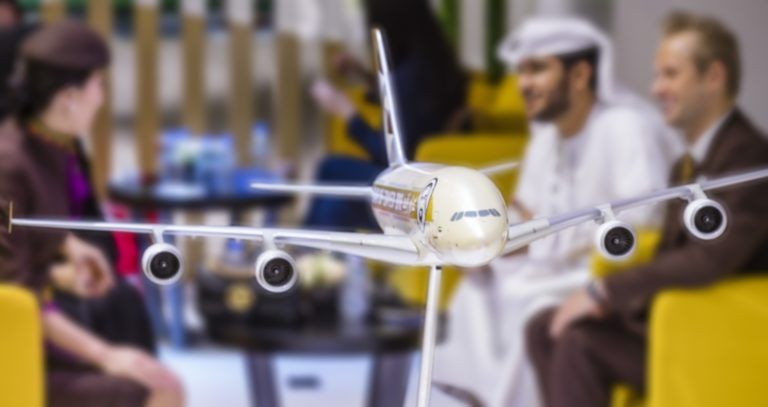 More than 63% of the 89 million passengers who passed through Dubai airport in 2018 were in transit with just 8% of these passengers leaving the airport to explore the emirate, according to the latest Colliers International data published by Reed Travel Exhibitions ahead of Arabian Travel Market (ATM) 2019, which takes place at Dubai World Trade Centre between 28 April – 1 May 2019.

As Dubai targets 20 million annual visitors by 2020, plus an additional five million between October 2020 and April 2021 for Expo 2020 – 70% of which will come from outside the UAE – a number of initiatives to increase stopover tourism have been introduced including new transit visas and dedicated tourism packages.

Danielle Curtis, Exhibition Director ME, Arabian Travel Market, said: “Last year, the UAE introduced a new transit visa allowing all transit passengers an exemption from entry fees for 48 hours with the option to extend up to 96 hours for AED 50. This visa is not only good for the country’s tourism sector but for the local economy as a whole, enticing passengers to view their transit not as an unwanted delay in their travels – but as a good opportunity to add value to their trip and experience everything the UAE has to offer.”

According to IATA, the Middle East is forecast to see an extra 290 million air passengers on routes to, from and within the region by 2037, with the total market size increasing to 501 million passengers during the same period.

Adding to this, figures from ATM 2018 show the number of delegates interested in buying airline products and services increased 13% between 2017 and 2018.

“This projected growth underscores Dubai, and of course the Middle East, as the ideal location to bring together professionals from the aviation and tourism industry for our inaugural CONNECT Middle East, India and Africa forum which will be co-located alongside ATM 2019 – taking place on the last two days of the show,” Curtis said.

The success of the aviation industry in the sky is matched in the GCC and wider MENA region by the continued huge infrastructure investment.

The total value of 195 active aviation-related projects in the Middle East reached almost $50 billion in 2018, according to research provider BNC Network.

“With two thirds of the world’s population within an eight-hour flight from the GCC, it is an ideal base for exploring some of the world’s most interesting and previously inaccessible corners of the world. And the GCC’s airlines are making it even easier with the continuous addition of new and direct flight routes,” Curtis added.

Looking ahead to ATM 2019, aviation will feature heavily in the programme with a keynote from Emirates’ President Sir Tim Clark titled ‘Emirates: Still leading the way’ as well as an exclusive one-to-one with Air Arabia CEO, Adel Ali. A panel session titled ‘What are the hot topics in the airline world’ which will explore how traffic is performing against a backdrop of volatile fuel prices and geo-political challenges as well as discussing stopover tourism and how the digital world is affecting airline and airport services and experiences for customers.

Considered by industry professionals as a barometer for the Middle East and North Africa tourism sector, ATM welcomed over 39,000 people to its 2018 event, showcasing the largest exhibition in the history of the show, with hotels comprising 20% of the floor area.

Arabian Travel Market is the leading, international travel and tourism event in the Middle East for inbound and outbound tourism professionals. ATM 2018 attracted almost 40,000 industry professionals, with representation from 141 countries over the four days. The 25th edition of ATM showcased over 2,500 exhibiting companies across 12 halls at Dubai World Trade Centre.  Arabian Travel Market 2019 will take place in Dubai from Sunday, 28th April to Wednesday, 1st May 2019. To find out more, please visit: www.arabiantravelmarket.wtm.com.