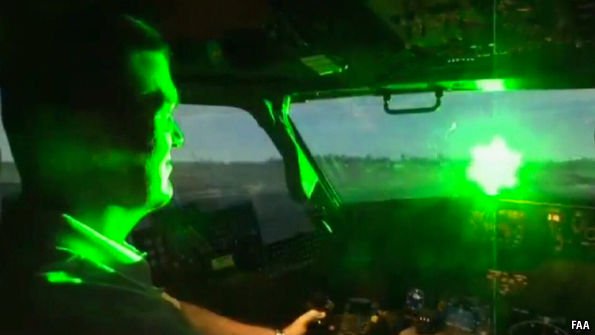 Pointing a laser at an aircraft can temporarily blind a pilot, and it is a federal crime carrying fines up to US$250,000 or up to 5 years in jail.

Heightened public awareness of the serious safety risk posed by lasers has reduced the total number of laser strikes on aircraft for the second consecutive year, according to the Federal Aviation Administration (FAA). So educate, educate, educate.

The FAA reported 5,663 laser incidents in 2018, down from 6,754 in 2017 and 7,398 in 2016. However, the substantial number of reported incidents clearly show that laser strikes on aircraft remain a serious threat to aviation safety.

The FAA and law enforcement agencies are working hard to increase public awareness of the dangers posed by lasers.

Watch the FAA video here about the dangers of lasers.