Bangkok, 30 July 2020 – A Phuket Tourism Fair will be held between 30 July – 2 August 2020, at the Siam Paragon Hall, Siam Paragon Shopping Center, Bangkok. Designed to promote, support and rehabilitate tourism in Phuket, the event is being organised by the Phuket Tourist Association with the support of the Phuket Administrative Organization in partnership with
the Tourism Authority of Thailand (TAT).

As part of the government’s stimulus measures for domestic tourism, the event will provide an opportunity for Phuket tour operators affected by the outbreak of the Covid-19 pandemic to promote their products and services to potential Thai and expatriate domestic tourists at special prices. It is expected that the business generated will help boost the economy of Phuket over the rest of this year.

The event is part of an aggressive proactive tourism strategy under the concept of ‘Phuket Model … Survival of Thailand Tourism’ which can serve as a model for regional tourism in other areas.

H.E. Mr. Phiphat Ratchakitprakan, Minister of Tourism and Sports, presided over the opening ceremony of the Phuket Tourism Fair. 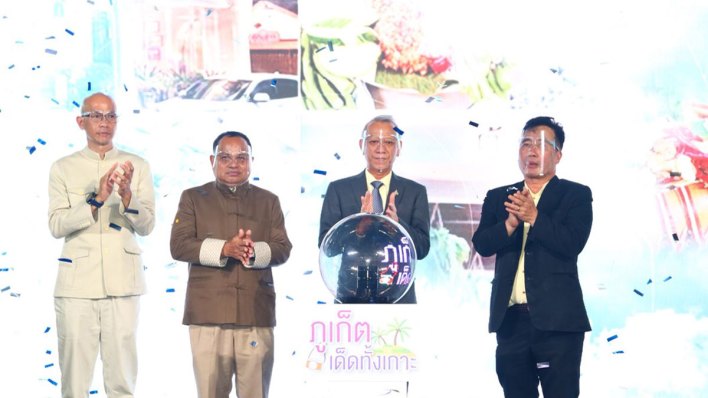 Mr. Bhummikitti Ruktaengam, President of Phuket Tourist Association, said the province has been able to effectively control the virus as a result of which Center for COVID-19 Situation Administration (CCSA) has relaxed the lockdown and approved the opening of Phuket airport for domestic flights since mid-June 2020.

Today, there are 5 domestic airlines with 12 daily flights from Bangkok, Ko Samui, Chiang Rai and U-Tapao. Additional flights from other destinations such as Udon Thani and Chiang Mai are expected to start shortly.

In 2019, Phuket received a total of 14.4 million tourists, comprising of 10 million foreign tourists and 4 million Thai tourists with a total income of 480,000 million baht.

The Phuket Tourist Association has worked with various private organizations and government agencies to help thousands of tourism-related entrepreneurs affected by the pandemic. These measures are designed to help them survive until the situation returns to normal, which is not expected until mid-2021 at the earliest.

The Phuket Tourism Fair is one of many strategies formulated by the association to collaborate with all sectors in creating business opportunities.

Under the concept “Seven Tricks … Phuket Only”, the event will highlight numerous events and activities to be held in Phuket between August – December 2020.

Phuket tourism operators have also signed up for the health and hygiene certification scheme known as the Safety Health Administration (SHA) formulated by the Ministry of Tourism and Sports in collaboration with the TAT and the Ministry of Public Health. Currently, more than 350 tour operators have received the SHA logo, the second highest number after Bangkok.

Mr. Narong Woonsiew, the governor of Phuket, said the pandemic had severely affected the tourism industry in Thailand and caused significant economic damage to the economy of Phuket which depends on tourism as its main source of income.

It is estimated that in the first half of this year, the Phuket tourism businesses suffered a loss of more than 160,000 million baht, impacting many thousands of jobs.

Short-term tourism rehabilitation plans are now imperative to stimulate domestic tourism and support a recovery. The Phuket Tourism Expo is the first step in this plan. Future projects include a “Phuket Tastival Seafood & Gastronomy” (Roi Rim Lae Festival) from August to September, which will connect cuisine, culture and tourism. 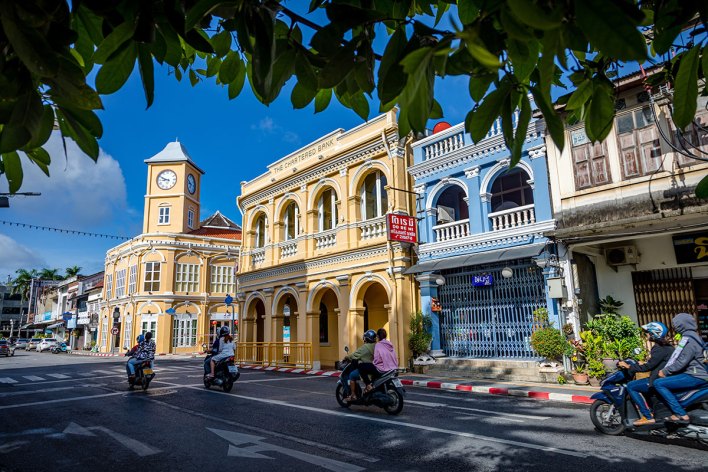 Phuket will come alive with festivities organised weekly on each beach in Phuket, as well as at Saphan Hin Bridge, Rawai, Patong, Chalong Bay, Phuket Old Town and Choeng Thale. It reinforces the uniqueness of Phuket cuisine that has been acclaimed by UNESCO as a creative science city.

On 12 September, there will be a “Plearn Rim Lay” musical performance, a “new normal” open-air concert by the sea featuring famous Phuket superstars such as Kaem The Star and Non The Voice at the Saphan Hin Bridge.

The welcome mat is being specially extended to Thai Health Volunteers who can take advantage of the government’s stimulus program and will give Phuket tourism entrepreneurs an opportunity to show their gratitude for their dedication, commitment and hard work in containing the virus.

Mr. Noppadon Pakprot, Deputy Governor for Domestic Marketing, TAT, said that the government’s policy to support domestic travel is an important part of the efforts to help tourism operators through the economic crisis. He said that the initiative of the Phuket Tourism Business Association will be a good model for other tourism destinations in Thailand as they seek to revive their local economies.

Phuket is an important province for the Thai tourism industry, both economically and socially, as well as a learning centre. It boasts international hotels, boutique properties, Michelin-Star restaurants, world-class tourist attractions with high service standards.

These assets make Phuket an important tourist and learning center that is ready to exchange experiences with entrepreneurs from other provinces during this crisis period.