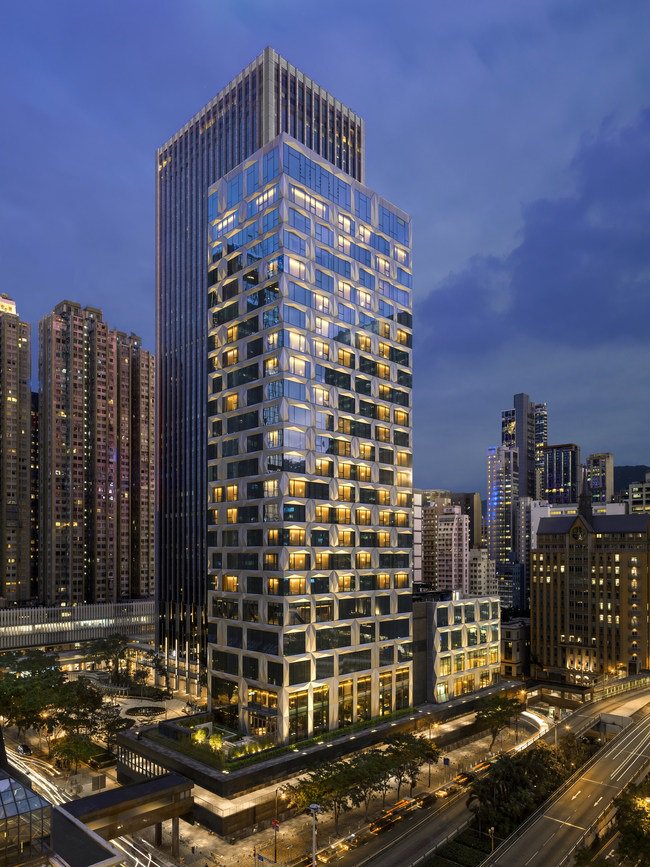 Marriott International, Inc. today celebrated the opening of its 7,000th property – The St. Regis Hong Kong. The stunning, 27-story luxury hotel, which features butler service, and multiple restaurants, is emblematic of Marriott’s global expansion strategy which disproportionately focuses on the highest lodging tiers as well as fast-growing international markets such as Hong Kong. The company’s first property, the Twin Bridges Marriott, opened in 1957 and was a four-story motor hotel in Arlington, Virginia.

“It’s thrilling to open our 7,000th property, an incredible milestone for a company that began as a nine-stool root beer stand in 1927 and didn’t even open its first hotel until decades later,” said Arne Sorenson, President and Chief Executive Officer of Marriott International. “I can’t think of a more fitting property to hold the honor than The St. Regis Hong Kong which underscores the benefits of our merger with Starwood, the importance of luxury and the tremendous opportunity in Asia.”

Today, Marriott’s pipeline is growing with an increasing number of legacy-Starwood branded hotels with brands such as St. Regis, Luxury Collection and W.

“Our newest luxury hotel – The St. Regis Hong Kong – is a testament to our well-defined global growth strategy,” said Tony Capuano, Marriott’s Executive Vice President and Global Chief Development Officer. “By leveraging our industry-leading luxury brands, including those we gained from the Starwood merger, our robust relationships with multi-unit owners and our expertise in identifying strategic opportunities in global gateway markets such as Hong Kong, we are well positioned to expand our global footprint by 25 percent in the next three years.”

The milestone follows Marriott’s announcement in March that it expects to add more than 1,700 additional hotels by the end of 2021, including about 320 hotels in Asia Pacific. According to STR data, Marriott’s overall open hotels and signed pipeline at the end of 2018 totaled a combined 1.69 million rooms, which exceeds that of its next competitor by 36 percent.

Marriott estimates that these 1,700 properties expected to be added by the end of 2021 could provide up to 150,000 jobs around the world. In Asia Pacific alone, the company’s additions in the region over the same time period could provide up to 56,000 jobs.

“As we look at adding an expected 1,700 properties to our system, hiring and retaining talented people has never been more important to our continued success,” said Dr. David Rodriguez, Chief Global Human Resources Officer, Marriott International. “As our footprint grows more global, workers in our hotels – from bartenders to housekeepers – will have ever-growing choices and opportunities as they grow their careers with Marriott International and its franchisees. For over 90 years, we have focused on building a company that puts its people first and this value remains at the forefront as our global growth continues.”