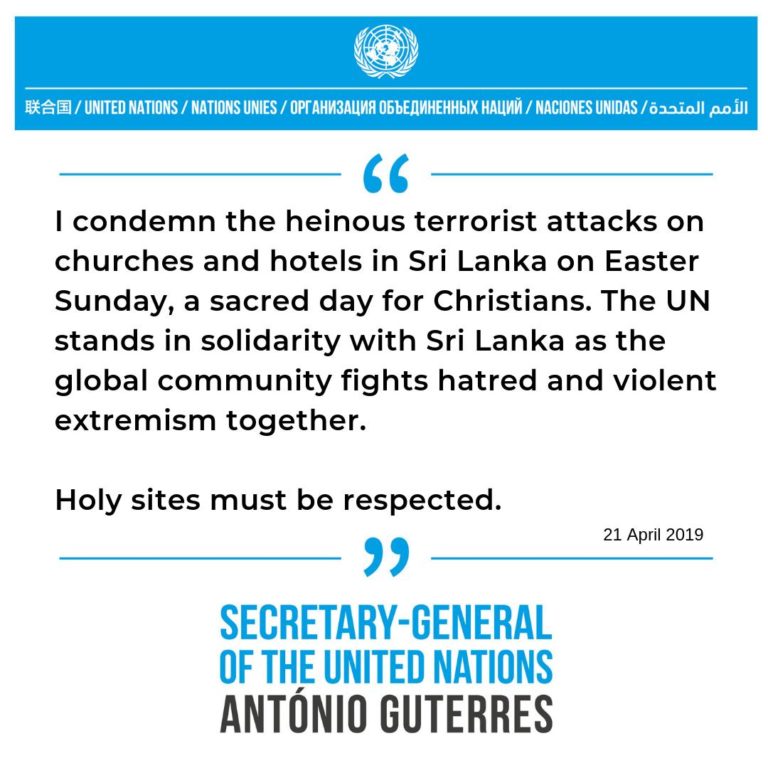 The latest from Sri Lanka in regards to eight deadly terror attacks on Easter Sunday leaves 290 dead and more than 500 people injured.

Among the dead are also foreign tourists including 3 from India, 1 from Portugal, 2 from Turkey, 3 from the UK, and 2 with both a U.S. and U.K. citizenship
9 foreigners are missing, 25 unidentified bodies are also believed to be foreigners.

The German embassy is working on identifying possible German tourists among the victims.

An improvised explosive device (IED) was discovered in close proximity to the Bandaranaike International Airport in Colombo last night. The IED was successfully diffused and detonated by the members of the Sri Lanka Air Force.  The bomb was discovered along the Adiambalama road, in close proximity to the BIA hours before President Maithripala Sirisena returned to the country.

According to the Crime Division of the Sri Lanka Police (CCD) 13 individuals linked to the attack last night were arrested and 10 of them were later transferred into the custody for further investigations.

Officers of the Wellwatte police late last night managed to take into custody a van and a driver believed to have been used to transport the attackers. 24 people have been arrested thus far in relation to the incidents.

Schools and Universities remain closed, scheduled government examinations have been postponed. The Colombo Stock Exchange last night announced that they would not be open for trading until further notice.

The United States of America and the United Kingdom have issued travel advisories for Sri Lanka.

In the meantime, curfews and social media and instant message shut down are in effect in Sri Lanka.

Sri Lanka had planned to double tourist arrivals next year. This may be a big test to achieve such numbers.

Here are some of their messages:

“I learned with sadness and pain of the news of the grave attacks, that precisely today, Easter, brought mourning and pain to churches and other places where people were gathered in Sri Lanka,” he told tens of thousands of people in St. Peter’s Square to hear his Easter Sunday message.

“I wish to express my affectionate closeness to the Christian community, hit while it was gathered in prayer, and to all the victims of such cruel violence.”

“World Jewry – in fact all civilized people – denounce this heinous outrage and appeal for zero tolerance of those who use terror to advance their objectives. This truly barbarous assault on peaceful worshippers on one of the holiest days in the Christian calendar serves as a painful reminder that the war against terror must be at the top of the international agenda and pursued relentlessly,” he said in a statement.

ARCHBISHOP OF CANTERBURY, JUSTIN WELBY, SPIRITUAL LEADER OF THE CHURCH OF ENGLAND

“The will to power leads to the murder of innocents in Sri Lanka. The utterly despicable destruction that on this holiest of days seeks to challenge the reality of the risen Christ. To say that darkness will conquer, that our choice is surrender or death. Jesus chose to defy this darkness and he is risen indeed.”

“The United States offers heartfelt condolences to the great people of Sri Lanka. We stand ready to help!,” he tweeted.

“Strongly condemn the horrific blasts in Sri Lanka. There is no place for such barbarism in our region. India stands in solidarity with the people of Sri Lanka. My thoughts are with the bereaved families and prayers with the injured,” he said on Twitter.

“Strongly condemn the horrific terrorist attack in Sri Lanka on Easter Sunday resulting in precious lives lost and hundreds injured. My profound condolences go to our Sri Lankan brethren. Pakistan stands in complete solidarity with Sri Lanka in their hour of grief,” he tweeted.

“It is shocking that people who had gathered to celebrate Easter were the deliberate target of vicious attacks,” she wrote in a letter of condolence to Sri Lanka’s president.

“Deep sorrow following the terrorist attacks against churches and hotels in Sri Lanka. We firmly condemn these heinous acts. All our solidarity with the people of Sri Lanka and our thoughts go out to all victims’ relatives on this Easter Day,” he said on Twitter.

“Terribly saddened by terrorist attacks on Sri Lankan worshippers during Easter. Condolences to friendly govt & people of Sri Lanka. Our thoughts & prayers with the victims & their families. Terrorism is a global menace with no religion: it must be condemned & confronted globally,” he said on Twitter.

“New Zealand condemns all acts of terrorism, and our resolve has only been strengthened by the attack on our soil on the 15th of March. To see an attack in Sri Lanka while people were in churches and at hotels is devastating,” she said in a written statement.

“New Zealand rejects all forms of extremism and stands for freedom of religion and the right to worship safely. Collectively we must find the will and the answers to end such violence.”

It was with horror and sadness we heard of the bombings in Sri Lanka costing the lives of so many people. We condemn the horrendous attacks targetting innocent civilians. Our sympathies go out to all the victims. Maldives stands in solidarity with people & Govt. of Sri Lanka.

The Toronto sign has been dimmed in solidarity with Sri Lanka following today’s tragic attacks. We join our Sri Lankan community and our Christian community in mourning those killed and pray for the recovery of those injured. 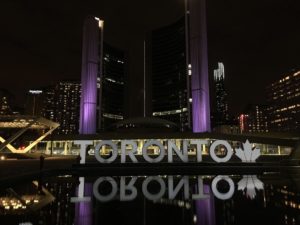