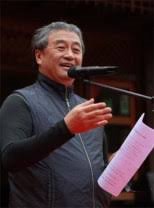 Peter was politically active serving on the National People’s Congress as a representative from Hong Kong from 1993 until his death.  Peter Wong was a graduate of the University of California at Berkeley and a recipient of the Young Industrialist Award of Hong Kong.

During the UNWTO 22nd General Assembly in Chengdu, China, Peter said: “Tourism is increasingly an important economic pillar for all countries and beyond this, we are now moving into an era of universal values which our industry is in the forefront of championing – like poverty alleviation and environmental protection; and we are an industry that more than any other is dedicated to propagating a message of peace and harmony.”

The founder of the International Institute for Peace Through Tourism(IIPT)  Louis D’Amore told eTurboNews: “Peter’s passing was much too soon and will be felt throughout the industry. He continually spoke of the ’PHD‘ role of tourism – a role of Peace, Harmony and Development. And so his philosophy and concept of tourism were totally consistent with the philosophy and goals of IIPT. 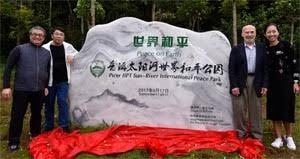 Together with Peter as Executive Chairman of the China Chamber of Tourism, we launched the IIPT Global Peace Parks project with the dedication of Sun River National Park, Pu’er China as an IIPT International Peace Park (see photo left and below). We will certainly miss Peter’s collaboration on future projects.”

Peter traveled to Beijing on 2 March 2019 to attend the annual meeting of the NPC, only to return to Hong Kong two days later to treat an illness.