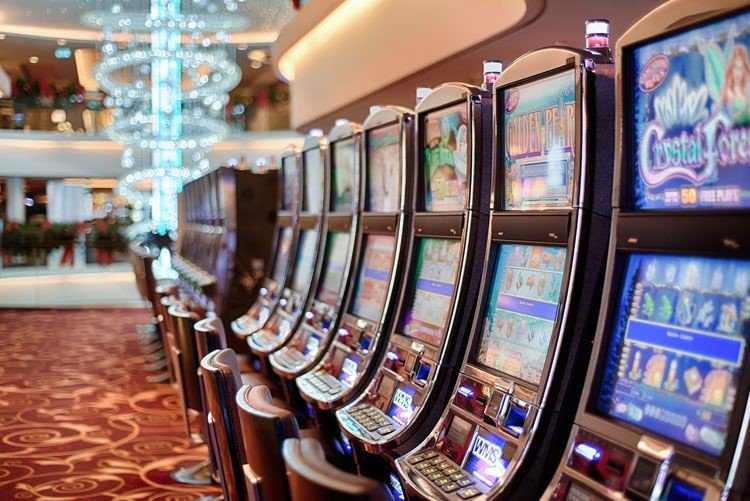 The gambling industry, which happens to be a really big one worldwide, is one of the most popular in terms of tourism. That’s why casino tourism is such a big thing these days.

Many countries have been developing big casinos in various regions within their bounds in order to get more tourists to come in. Obviously, a more robust tourism environment is good for the economy as it brings in not only more money but also more recognition and possible investors.

Here is a look at the impact casinos have on tourism and how they help with the overall economy of a country.

Evidence of a Correlation Between Casino and Tourism

Just by taking a look at the biggest casinos around the world, we can actually observe how tourism is boosted by casinos in some countries. These countries include the USA, Macau, and Australia. Just to give you an idea, Las Vegas, Nevada alone was able to bring in over 40 million tourists in 2016. And that’s not very surprising simply because Las Vegas is THE place to go if you want to make a lot of casino money and have fun. Sure, the tourist attractions and the beautiful nightlights also attract the tourists. However, it’s the overall gambling experience and ambiance that really bring them in.

A strong competitor of Las Vegas is none other than Macau, which is a region in China’s territory that was made into one of the world’s biggest gambling hubs. Macau became such a giant in the gambling industry that they were even able to overtake Las Vegas in gambling receipts back in 2010. Just like in Vegas, Macau also focused their efforts on providing the high spending clients with VIP services. This included golden member privileges, private gambling rooms, amazing amenities, and more. This allowed them to bring in so many rich tourists in 2013. The high rollers eventually made up 66% of the overall casino profit that year. Of course, this sudden increase was stopped short in 2014 by the anti-corruption crackdown from Xi Jinping’s government. Eventually, Macau was able to stabilize because the casinos also targeted the mass market instead of just high rollers.

Even though the Macau casinos were able to hold their ground, a number of Chinese gamblers were not satisfied. This is why they went over to Australia instead. Because of Australia’s huge casino developments, around 1 million of these Chinese gamblers switched out to Australia. In fact, casinos became one of Australia’s biggest attractions rivaling even Vegas and Macau alike with 10 million visitors in recent years.

And it’s not only these big countries who have seen surges in their tourism sectors because of casinos. Other smaller countries such as Singapore, Philippines, Monaco, and Cambodia all have boasted of strong revenues from tourists who visit those countries to play in casinos. The growth of the gambling industry in these countries already can give us an idea of how much of an impact casinos have on a country’s tourism.

How Casino Tourism Impacts Other Industries

The great thing about casino tourism is that it can bring in a large number of people from various countries and concentrate them in one location. Since there are a lot of people around casinos, other industries can also benefit from that. The hospitality industry is one such that really benefits from casino tourism. Where there is a casino, there would usually be hotels, resorts, and restaurants. That is why partnerships between hotels, casinos, and restaurants are very common.

Not only hotels and restaurants would flourish, but even other tourist attractions around the area as well. Local restaurants would receive a flock of foreign visitors who came from the casinos. These foreigners would then get a chance to try the local cuisines. This further contributes to the country’s tourism.

In a sense, casino tourism also encourages diversity. This is exactly what happened after Macau’s corruption crackdown. The Chinese government decided to diversify Macau to make it more than just another big time gambling hub like the big Venice canal lookalike.

We can also see such an example in Singapore– one of their biggest casinos, Resortsworld, is located in Sentosa near other tourist attractions by the Sentosa bay. Due to that, a lot of gamblers have also been visiting the tourist spots in the area. Finally, Manila has also been enjoying strong tourism due to the presence of their casinos concentrated in one area.

With that, we can see that location is key if a country would want to make their casino tourism venture successful. By strategic location and immense marketing, casinos can directly impact tourism and also impact other industries and the economy at large.

The Presence of Overseas Workers

The presence of a more diverse crowd also comes the presence of more overseas workers. Let’s take the Australian casinos for example. Because of the influx of Chinese high rollers flocking into their casinos, the demand for Mandarin speaking dealers also increased. What some casinos do is that they employ staff who either speak Mandarin or staff that come from Mandarin speaking countries like Taiwan. This allows the Chinese high rollers to feel more at home in the casino, thus encouraging them to bring in more Chinese gamblers to play.

Impact on Across Border Markets

We all know that there are some countries that make gambling illegal. Of course, this doesn’t deter the citizens of the country who want to gamble. What they would do is that they would either travel to the country nearest to them that legalizes gambling or search for a list of PayPal online casinos wherein they can internationally transact and gamble. By giving something the locals of a country want that their own home country cannot provide, you will be opening up new markets for opportunity by making that “want” accessible.

All of these points will show that there is definitely a relationship between casinos and overall tourism. Through this discussion, we can definitely say that the casino industry can have a big positive impact on the overall tourism situation of an economy. Of course, there is the problem of an economy relying too much on the gambling industry for attracting tourists.

That is why many countries are also diversifying their tourist attractions and putting various tourist spots near casinos. This will give the foreign gamblers a reason to explore a bit and see the sights. This will encourage them to want to go back to the country even more if they already get sick of the casino. This was actually a problem with Macau since Macau didn’t really have much to brag about except their casino. That is why a lot of the former customers fled to Australia after the crackdown. However, the Chinese government decided that they wanted to diversify in order to attract other markets aside from the high rollers. That is one of the ways that lead to Macau’s stabilization.

While casinos can surely boost tourism, it shouldn’t be the sole reason for a country’s tourism growth. It should be one of the reasons supplemented by other attractions that can make tourists want to keep on coming back.