At first glance, this spot in Central Thailand looks like any other town situated far from Thailand’s capital city. The roads are not as busy, and the buildings are not as tall and the noise is not as loud, but it is happy with the way it is, and with good reason. It played an important role in the creation of the nation, rightly proud of its history and its preservation of Thai tradition and culture.

A visit to the Sapphaya Old Police Station Community Market, especially on the first week of every weekend, is a must. It is only then that the community’s riverside street is closed to traffic and local stalls are set up. Tourists can enjoy various seasonal activities and events, many of which revolve around food. If you happen to be a dessert-lover, try the ‘Kui Lee’ sesame seed snack, an old recipe handed down by generations since the reign of King Rama VI. 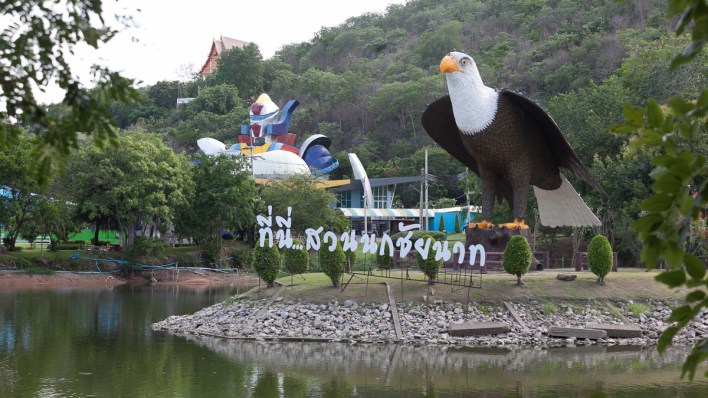 Chai Nat Bird Park features the largest aviary in Asia with over 100 bird species that live and flourish in natural surroundings. It is considered a major attraction and learning centre for bird species residing in or around Chai Nat province. Anyone driving into Chai Nat should immediately notice the numerous large bird sculptures on the road along the way. Chai Nat Bird Park is loaded with these bird statues that were part of a 1985 government campaign to rid rice fields of invasive rat-like pests. 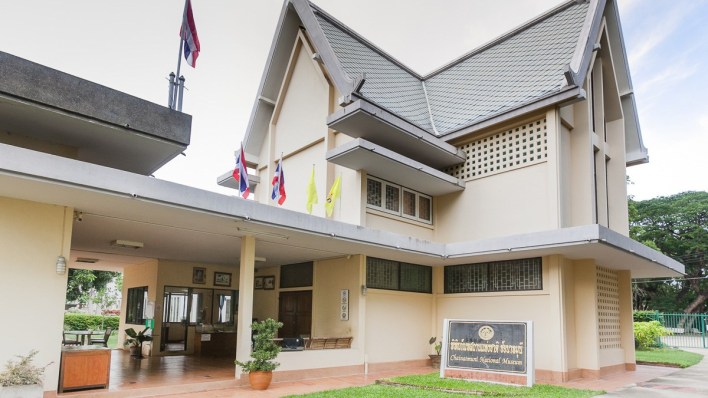 The important history of the province is also on display at the Chai Nat Muni National Museum, an historical museum that houses many old artefacts and relics from the surrounding area. Exhibits includes celadon Buddha images, tools and ornaments ranging from the Dvaravati period to the Rattanakosin period and Buddhist votive tablets, which date from the same time. There are also Thai and Chinese ceramics on display at the museum. 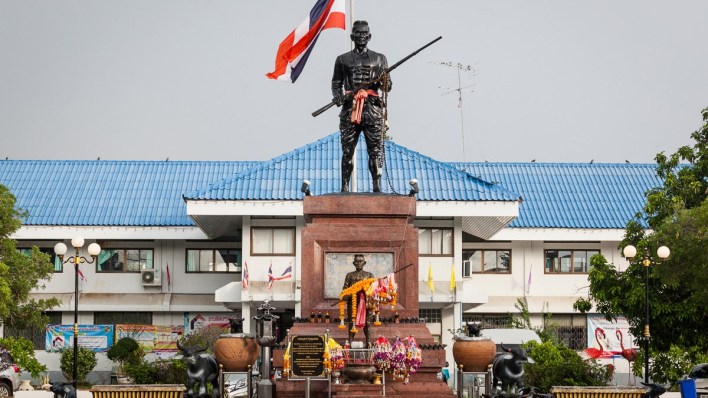 The city’s Khun San statue depicts one of the heroic Bang Rachan folk leaders who fought against the Burmese during the Ayutthaya period. It is taken for granted that he was a Sankhaburi resident who came to volunteer for the fight with his image standing proudly in front of the Sankhaburi district office. 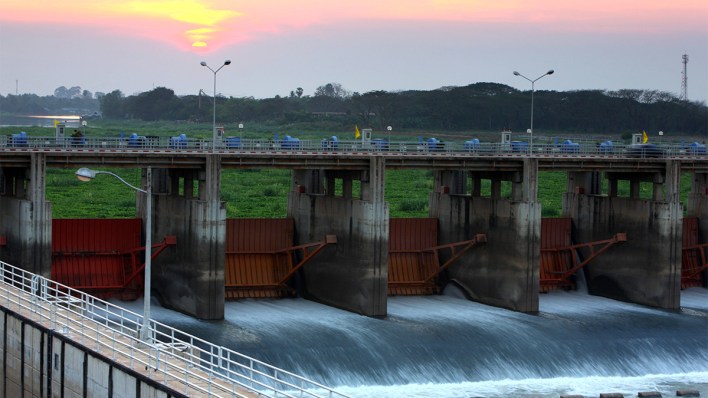 Chai Nat is also home to Thailand’s first large-scale dam, Chao Phraya Dam, located at the bend of Bang Krabian River. With a total length of 237.5 metres and a height of 16.5 metres, this reinforced concrete dam is built across flowing water and consists of 16 spillways.

Temple lovers can have a memorable day out in Chai Nat. The destination is rich in both living temples and ancient ruins. 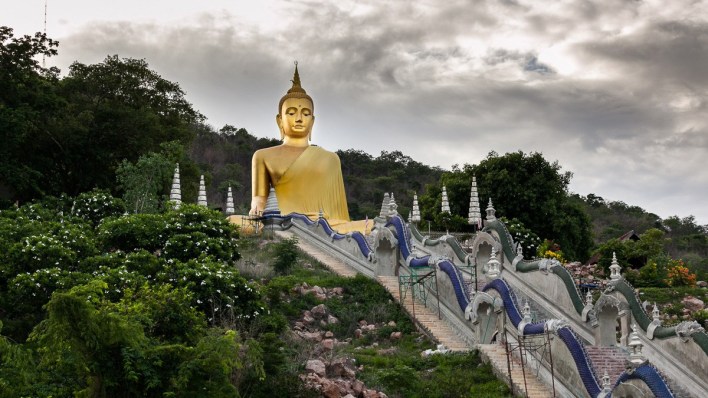 Wat Patommatedsana Aranyawasi is tucked into a hillside offering panoramic Chai Nat town viewpoints that are beautiful both day and night while showcasing features of the stunning Phra Puttha Ariya Thammo, a large and beautiful Man Vichai Sukhothai-style Buddha image. 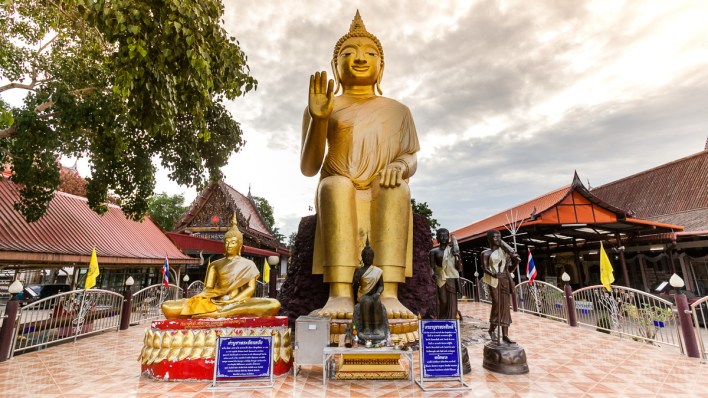 Wat Partumtharam was built in 1822 and was formerly known as Wat Nong Bua because the village area had a swamp and a lot of lotuses. The interesting attractions of the temple are a wihan housing Buddha images, lifelike statues of Luangpu Suk, Prince of Chumphon, and Luangpho Chat, a former abbot. 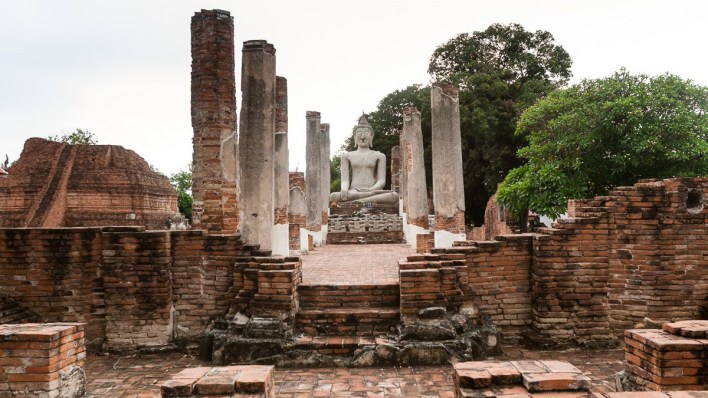 Wat Mahathat is an old temple located by the Noi River, 20 kilometres southeast of Chai Nat. The temple was part of an ancient city dating back to the Dvaravati period. It houses ruined chapels with seated Buddha images and a distinguish Lop Buri-style chedi with a fluted spire like the petal of a star apple. 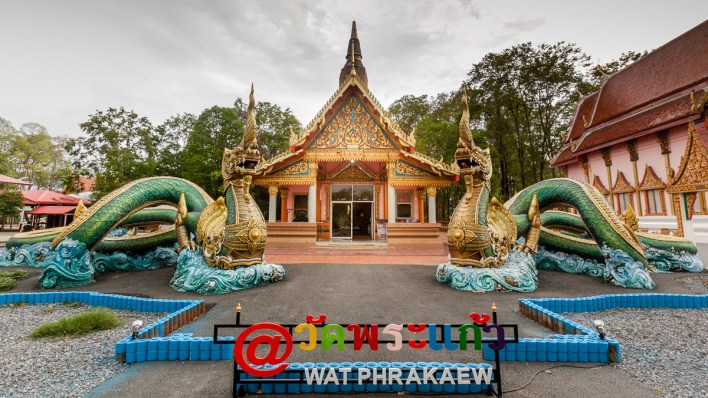 Wat Phra Kaeo was likely first constructed around 1354 during the reign of Sukhothai’s King Li Thai (1347-68) when the area was under Sukhothai’s control. The temple was formerly the home of a sect of forest dwelling monks, who were commonly known as aranyawasi, or literally ‘forest dwellers’, as they sought dharma in quiet contemplation in natural surroundings.

One final place of interest is Meuang Thao U Thong Island and Krachap Yai Swamp. It is considered a nature lover’s paradise located on 120 rai of land. It has become an important fish breeding habitat that is part of local legend and often referred to as a ‘holy land’ for its abundance of fish.

Located about two hours away from Bangkok by road, Chai Nat is reachable by train, taxi, minivan, and bus with buses leaving Bangkok’s Mo Chit 2 Northern Bus Terminal daily from between 5:00 a.m. to 5:50 p.m.