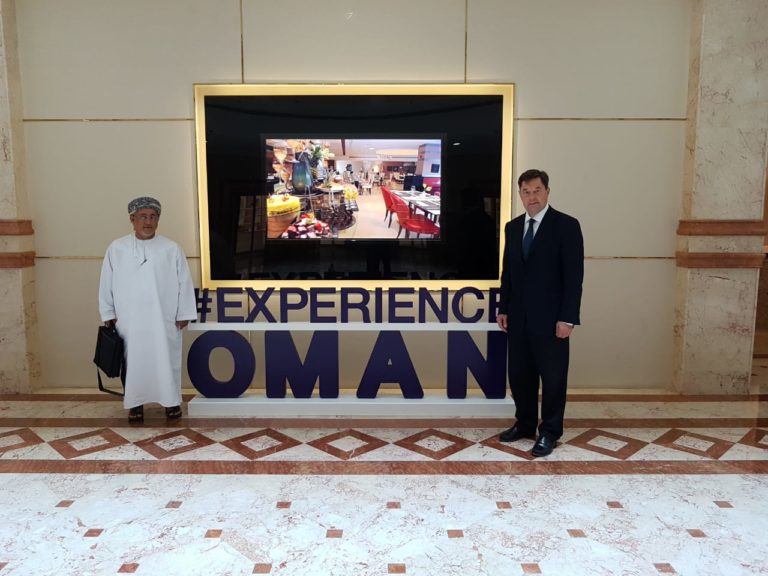 It appears the implementation of the National Tourism Strategy of Oman is in excellent hands. Last week Carlos Vogeler started a two-year contract with the Ministry of Tourism of Oman, where he is now leading a team that will support Minister Ahmed bin Nasser Al Mahrizi and his team on implementation.

Carlos Vogeler was considered by many leaders as one of the most influential executives in the travel and tourism world when he served as the executive director of UNWTO under Secretary-General Taleb Rifai. Together with Korean Ambassador Dho Young-shim, Mr. Voegeler was a candidate for UNWTO Secretary-General in 2017.

Mr. Vogeler was with the World Tourism Organization for 9 years. He was honored on November 29, 2017, at the UNWTO Conference on Jobs and Inclusive Growth in Montego Bay by the Hon. Ed Bartlett, Minister of Tourism of Jamaica.

Before Mr. Carlos Vogeler joined UNWTO in 2005 he was a tenured professor at University “Rey Juan Carlos”, Madrid, at the Dpt. of Business Economics, a regular lecturer at Spanish and International Universities and author of various university textbooks, as well as numerous articles on international tourism structure.

Mr. Vogeler started his career in the private sector at Pullmantur, one of the largest Spanish Tour Operators. During his sixteen years of service from 1974 to 1990, he became Deputy Managing Director and introduced many innovations, namely expanding the number of destinations and products and opening new offices and new markets. He also played an active role in the board of directors of the Spanish Travel Agencies Association of Travel Agencies and in UFTAA (United Federation of Travel Agent’s Associations), where he chaired the committee on road transportation.

From 1991 to 2008 he served in various senior management positions at Group RCI, part of Wyndham Worldwide, one of the world’s largest hospitality groups, quoted in the New York Stock Exchange, where he was Managing Director for South-Western Europe, covering Spain, France, Portugal and Benelux and later Vice president of Global Account Strategy & Industry Relations.

Carried out his studies in Canada and in Spain, graduating in Tourism Business Administration by “Escuela Oficial de Turismo de Madrid” (now University Rey Juan Carlos) and post-graduate by the IESE Business School, of the University of Navarra – Spain.

Mr. Vogeler was born in Venezuela of Spanish mother and Venezuelan-German father and is a national of Spain and Venezuela.