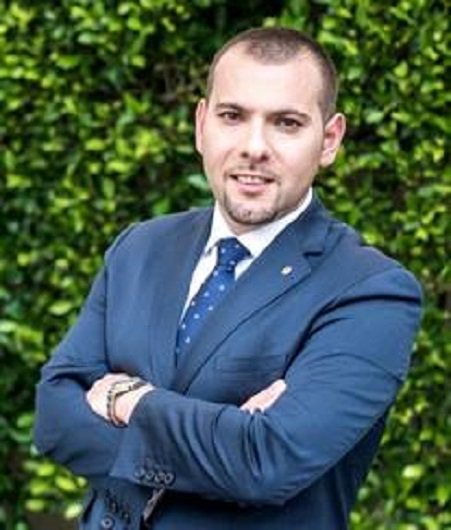 The SLS Hotel, a Luxury Collection Hotel, Beverly Hills welcomed Jake Megrikian as director of sales and marketing, following the property’s $22 million investment in redesign timed to its 10-year anniversary in 2018. Megrikian will oversee revenue production for the hotel’s newly-upgraded guestrooms and suites; meetings and events across 30,000 square feet of indoor and outdoor space, including the refreshed Garden Terrace; and the hotel’s critically-acclaimed restaurants, including The Bazaar by José Andrés and Somni.

“Mr. Megrikian joins our team during a new chapter for the hotel, and we are thrilled to have him at the helm of our new identity in luxury,” says General Manager Christophe Thomas. “His understanding of the inner workings of a high-profile hotel, coupled with an innate marketing prowess will continue to position the SLS Beverly Hills as the city’s premier modern luxury destination on a global scale.”

Megrikian’s experience in hospitality began at age 15, working from the ground up in the food & beverage and banquet departments at the Hotel Marriott Armenia Yerevan. Within eight years of moving to the United States, Megrikian acquired management positions in room operations as well as events and sales across Marriott International and Hilton brands.

Earning numerous accolades for leadership and development throughout his career, Megrikian received the 2014 SITE (Society for Incentive Travel Excellence) Kevin Forde Spirit Award and served as co-chair of SITE’s Young Leaders program, which brings together future leaders of the incentive and meetings industries. In 2017, Meetings Today Magazine spotlighted him on a list of “Meetings Trendsetters,” highlighting his passion and dedication to exceptional service in meetings and events.

His personal interests are in travel, aviation, and of course, spending time with his family. Megrikian’s global perspective is underscored by travel to over 33 countries and proficiency in three languages. He currently serves on the Los Angeles Tourism & Convention Board’s international sales committee.