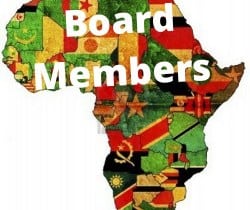 Africa Tourism is hot right now. Overlooked in the past, the tourism potential of the African continent is now becoming visible.

The first African Tourism Board (ATB) is about to be launched in Cape Town during the upcoming World Travel Market Africa in South Africa on April 11 with a list of impressive speakers, ministers, private industry leaders, and stakeholders attending.

A week before the ATB launch in Cape Town on April 11, the World Travel and Tourism Council (WTTC) is getting ready for their annual summit in Seville, Spain. With a price tag of $4,000 for a delegate to attend the summit, WTTC is catering to the hundred largest companies in the travel and tourism industry.

Keynote speaker at the summit is none other than former US President Barack Obama who is getting paid an enormous amount of money to share his views on tourism with WTTC CEO Gloria Guevara.

In the last 7 days, the news on tourism growth and potential for African destinations couldn’t have been better and must have come as a surprise for many.

WTTC issued one press release after another on their research reports for Africa. eTN received such releases not only from WTTC but also from ministers, embassies, and tourism boards showing their pride and maybe their surprise and encouragement.

African Tourism Board interim Chairman Juergen Steinmetz, who is also CEO of the eTN Corporation, owner of eTurboNews, which is a media partner for WTTC, applauded Gloria Guevara, CEO of WTTC, for putting Africa in the spotlight for the world’s largest travel and tourism companies.

To attend the WTTC summit, click here; to attend the ATB launch, click here.
Anyone attending both events should indicate this on the African Tourism Board launch registration to receive additional extensive visibility.