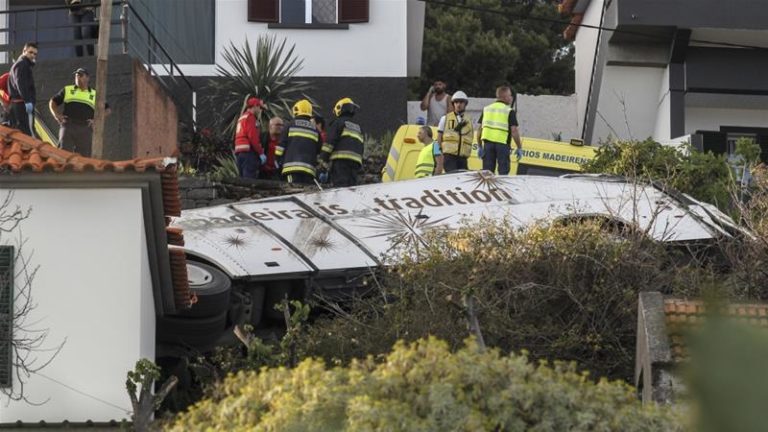 A bus reported to be carrying tourists, including many from Germany, crashed on the island of Madeira in Portugal, killing at least 28.

Filipe Sousa, the mayor of Santa Cruz, said that 17 women and 11 men were killed in Wednesday’s accident.

Several others were wounded after the vehicle overturned near the town of Canico.

The cause of the crash, which happened in daylight in the early evening, was not immediately clear.

Images on Portuguese media showed an overturned white bus surrounded by firefighters. SIC television said there were 19 ambulances at the scene.

“I have no words to describe what happened. I cannot face the suffering of these people,” Sousa told SIC television.